Everton captain Seamus Coleman dedicated the Toffees’ long-awaited first win over Liverpool at Anfield since 1999 to the club’s fans after so many years in the shadow of their local rivals.

Richarlison opened the scoring for the visitors after just three minutes and Gylfi Sigurdsson’s controversial late penalty sealed a famous win on Saturday.

Coleman was the only Everton player still present from the side that last won a derby on any ground back in 2010.

Liverpool were unbeaten in 23 meetings between the teams, but have now lost four consecutive home league games for the first time since 1923 as their defence of the Premier League title has imploded.

“It’s an amazing feeling, after coming here all those years and letting ourselves and more importantly letting the blue side of the city down,” said Coleman.

“It’s been hard. We can try and brush it off but when you have lived in the city for 10 years it has been difficult to take.

“I am fed up with coming out with the same cliches after losing. I’d thank the manager for the way he set us up and the players put in an unbelievable shift. That was against the champions, so we are delighted.”

Everton have been transformed since the appointment of Carlo Ancelotti 14 months ago.

The Italian also paid tribute to the supporters despite the game being played behind closed doors due to ongoing coronavirus restrictions.

“I’m really pleased really happy for the club and for the supporters. I can’t imagine what it would be like if our suppoters were there,” said Ancelotti. “For sure they are going to celebrate tonight.”

Victory took Everton level on points with Liverpool with both three adrift of the top four.

However, Ancelotti’s men in seventh have a game in hand to close the gap on fourth-placed Chelsea.

“We are fighting for Europe and now we are in a good position,” added Ancelotti.

“This kind of performance helps improve the belief of the team overall.” 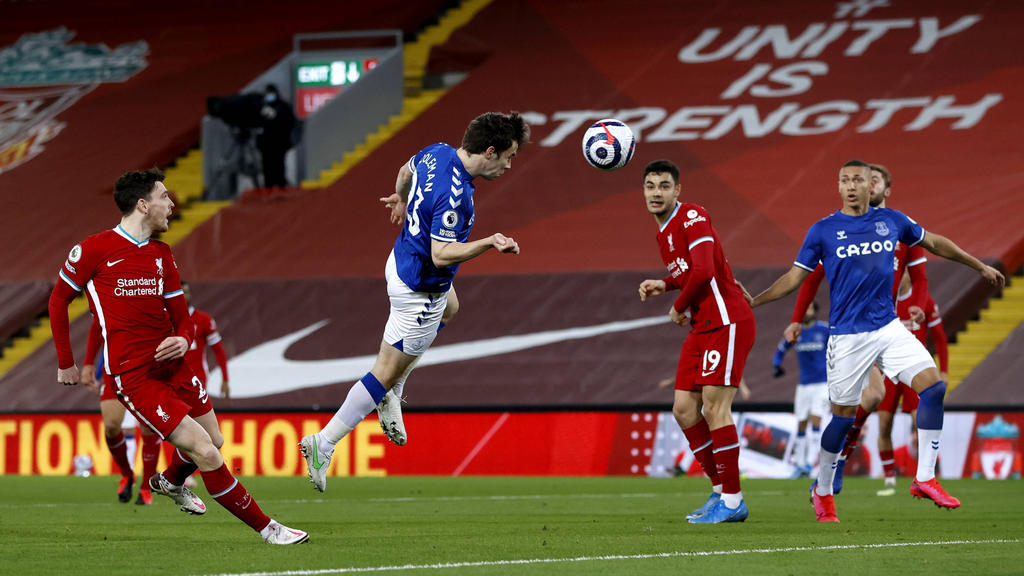