Tottenham took advantage of Liverpool’s inactivity to move up to fifth in the table thanks to Bale’s first ever Premier League hat-trick.

The Welshman was a peripheral figure under Jose Mourinho in his season-long loan from Real Madrid, but has now struck four times in three games since Ryan Mason replaced the sacked Portuguese coach.

A blistering counter-attack from a Sheffield United corner then saw Son Heung-min tee up Bale for an emphatic finish into the top corner.

Bale’s low drive into the bottom corner completed his hat-trick before Son added a fourth.

Victory moves Arsenal up to ninth, but their season now hinges on overturning a 2-1 first leg defeat against Villarreal in the Europa League semi-finals on Thursday.

Mikel Arteta’s team selection showed that is where his priority lay, but Aubameyang’s return to form is a timely boost.

The Arsenal captain had been hospitalised recently by malaria, picked up when on international duty with Gabon. 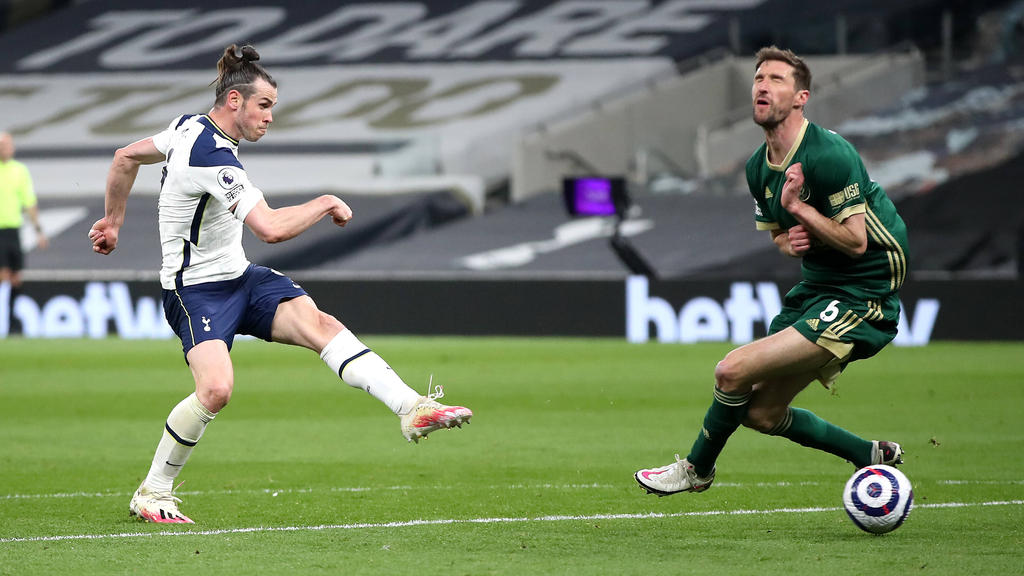