Anthony Martial and Marcus Rashford got on the scoresheet as Manchester United rallied from a goal down to beat Melbourne Victory 4-1 Friday and hand manager Erik ten Hag his second win since taking over.

It followed their 4-0 thumping of Liverpool in Bangkok on Tuesday when Jadon Sancho, Fred, Martial and Facundo Pellistri were on target.

A well-organised Victory were no walkover and shocked the English giants in front of 74,000 fans at the Melbourne Cricket Ground with a goal on the break in the fifth minute.

United clawed back with goals on the cusp of half-time from Scott McTominay and Martial before Rashford made it 3-1 with 12 minutes left and a Victory own goal capped the deserved win.

“It was good that we were able to recover,” said Ten Hag. “It’s pre-season and we wanted to see how the team reacts.

“We went 1-0 behind but we stayed composed and finally just before half-time we scored twice.

“Their defence was really compact and it was difficult to create chances,” he added. “But a couple of times we got behind the defensive line and it was justified that we scored.”

United used 22 players against Liverpool and while Ten Hag largely stuck with the same starting line-up he switched it up at the break with 10 changes.

Captain and centre-back Harry Maguire started for the first time under the Dutchman after missing the Liverpool clash, slotting in alongside Victor Lindelof with Raphael Varane absent from the matchday squad.

David de Gea was also missing after picking up what appeared to be a muscle strain in Bangkok. With Dean Henderson on loan, it was left to back-up keeper Tom Heaton to play the full 90 minutes.

In the absence of Cristiano Ronaldo, Martial again led the line flanked by Jadon Sancho and Antony Elanga.

But they were stunned by a quick counter-attack when Victory broke from their own penalty area with a pass down the right flank behind Luke Shaw finding Ben Folami.

With United wide open in defence, Folami squared the ball to Chris Ikonomidis who calmly tucked the ball past Heaton.

United slowed the pace and began to find rhythm with McTominay going close and Bruno Fernandes only denied by a great save from Melbourne keeper Paul Izzo.

They kept pressing but it took a stroke of luck to level the scores in the 43rd minute with McTominay’s shot taking a massive deflection.

A rattled Victory conceded another two minutes later with the lively Martial having a simple tap in after Elanga flicked on Diego Dalot’s cross.

Ten Hag shuffled his pack for the second half with Heaton the only survivor and Rashford taking the captain’s armband.

Fleet-footed Zidane Iqbal looked sharp and dangerous as United starved Victory of the ball and their fresher legs caused problems.

But the chances were few until Rashford stepped up in the 78th minute with a lovely finish after a penetrating ball through from Eric Bailly before the own goal sealed Victory’s misery.

Local fans did have something to cheer about when former Manchester United star Nani made his debut with three minutes left after being signed by the Australian side this week. 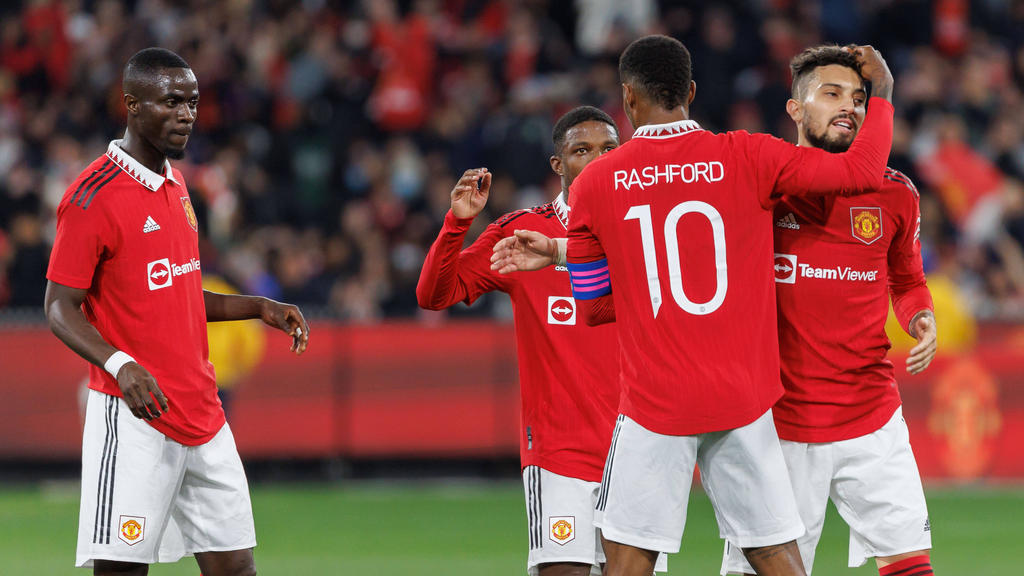